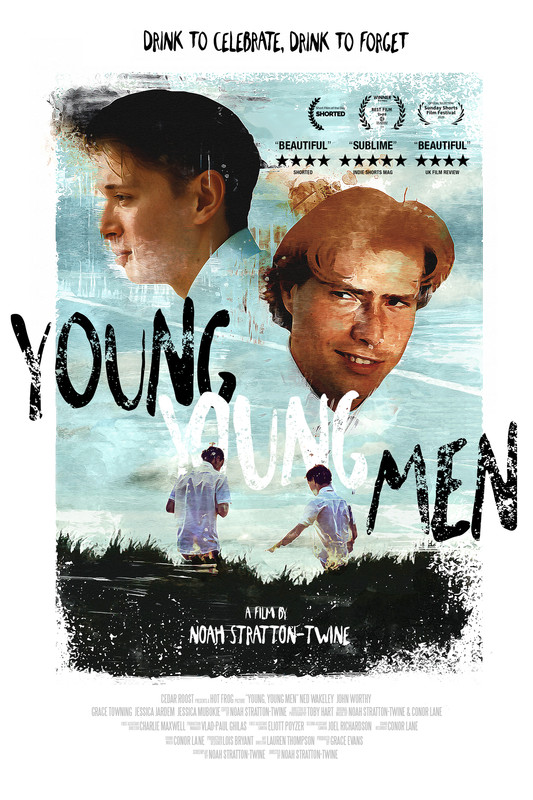 On the cusp of retrieving their exam results, two boisterous schoolboys trek through the countryside towards their first summer party. A poignant slice-of-life snapshot of millennial South-East England.

Noah Stratton-Twine is a writer and director raised in West Sussex, now based in London, UK. Over the last five years, he has released a number of critically praised shorts of varying genres, including “Cadabra”, “Cat Man” and “Young, Young Men.” His work strives to explore the humanity of melodrama, and an observation of the personal moment – sometimes satirised, but altogether naturalistic in method.